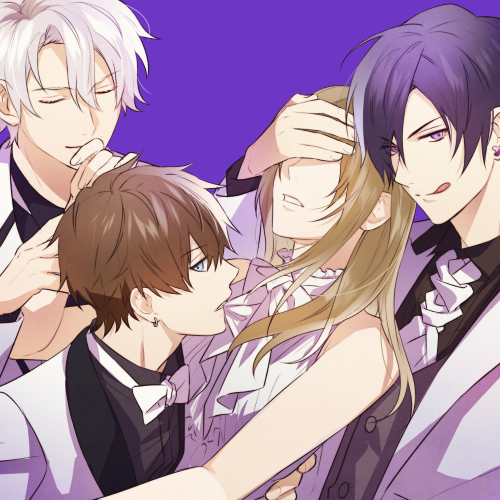 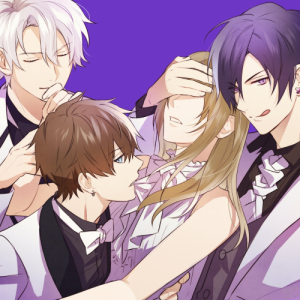 Thank You to s.e.kwan for Commissioning this Translation ♥

The Desire to Monopolize

“You, are you stupid? You’ve sure got nerves to try and escape from this house.”

“Miss Housekeeper, since when were you such a naughty girl?”

6 PM. In a dimly-lit room where the evening sun seeps through the windows, my wrists were being pinned down against bedsheets by Ran and Gen for reasons unknown as Fuji sat there by the bedside giving me cold stares.

“Looks like you think of us as a joke.”

I wasn’t trying to slip away ー all I was trying to do was buy ingredients for dinner. However, when I told them that, the three of them simply laughed. They never had any intention to listen to what I had to say from the start, and I felt a sense of discomfort at their unusual behavior.

“Buying ingredients for dinner? In that outfit? You suck at lying.”

ーーRecently, the surveillance from the three brothers has grown far tighter than before. While I don’t know the cause, the three have been on edge lately.

“Hmph. It’s probably for other men to see anyways.”

“Give up and confess. You tell it to us straight, I won’t get angry, alright? Alrighty?”

The dress that I am wearing today is certainly a recent purchase. It was something that I haven’t worn in front of the three brothers before. And that was likely the source of all this. I was mistaken for going out on a date instead of shopping.

Whispered Gen, into my ear.

It was a low voice tinged with anger. My body squirming instinctively in fear. And in seeing that, Gen smiled in self-satisfaction.

“Are you scared? But, I love that expression.”

“I get that! I like the face Miss Housekeeper is making. You do too, right, Fuji?”

“……I guess. Hey, Housekeeper. …It might just be me but, surely you don’t have any relationship with that man, right?”

I stiffened up, not knowing what this person Fuji’s referring to. If my memory’s not mistaken, I don’t have a single common acquaintance with them. And as I remained silent, Fuji let out a little sigh.

After muttering that, Fuji finally got his heavy weight off from the bed. And just as I began wondering what he was about to do, he sat down on my stomach as I laid there on the bed as if it were a matter of course.

ーーWhat? Why? My eyes asked and pleaded. And in response, the edges of Fuji’s mouth slowly lifted.

“You’re going to take forever to answer, then I have no choice but to ask your body, no?”

“Well, I’m frankly getting bored with the way things are going. I’m gonna go with Fuji’s suggestion today. You’re fine with that too, right?”

Gen gently brushed my cheeks with his fingers. Tracing circles around my skin as if to play with me.

As I closed my eyes from the ticklish feeling, he let out a soft, vastly different laugh.

“……Cute. But now, we’ll be doing things to make you even cuter.”

The three laughed in amusement, and I felt an unpleasant shiver run down my back.

ーーI want to get away. I forced strength into my captured arms and tried to escape their grasps, but with our difference in frame, the two were hardly fazed.

“You mustn’t try to escape. The real fun is just about to start.”

“Right. Don’t get the wrong idea. This is your penalty.”

Just as I was about to say that, his soft lips sealed my own. What a lie that the aforementioned penalty was, he entwined his tongue with mine ever so sweetly and affectionately.

“Not fair that you’re hogging her, Fuji. I’ll be up next, alright?”

“What are you saying? The next one is me. As the youngest child, you’re last, Gen.”

“Stop bullshitting. It has nothing to do with age.”

And thus Ran and Gen began a fruitless argument. With each kiss from Fuji, I kept asking myself, “How did things end up like this?”

ーーThere is no way I’d have eyes for anyone else.

As he kissed me, Fuji let out a sweet, husky voice.

“You are Saionji’sーーour possession. We have no intention of handing you to anyone else. Got it?”

“Miss Housekeeper, you’re so cute. I love you.”

I could feel the heat that they drew out from me. No, no. This isn’t my own will. I’m merely going by their whims and doing what they wantーーthere’s no way that I would rejoice at this.

In the darkened room as the sun set, I placed blindfolds over my own eyes with the lie that “this isn’t my own will.”

As if to convince my own self.

Feel free to link my translations but please don’t repost them especially on Youtube or claim them as your own.

*If you do see my translations on a Youtube video or elsewhere, please know that it is of no affiliation to me and no permission was given.